Everything You Need To Know About GST 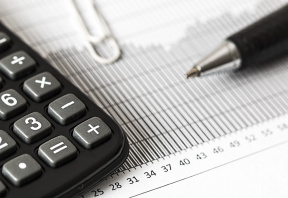 Goods and services often include costs at every step of production. Earlier, these were added at every step of the production stage and taxed simultaneously. However, in order to simplify the system of multiple taxation and complications of filing several indirect taxes, the Government of India on July 1, 2017, introduced the Goods and Services Tax (GST). This is a cumulative tax on the costs of production. It is a single tax, which is typically levied on the seller and ultimately transferred to the government.

The Indirect Tax regime in existence prior to the introduction of GST was inefficient and opaque. Disproportionate taxation was present. States had their own taxation requirements. Problems were made worse by the presence of cascading taxes. Taxes were collected at every stage, inevitably making the commodity’s price higher. The tax burden was pushed on to the final consumer.

It became common to practise to evade taxes. Sales used to take place without an invoice, creating the problem of tax evasion. Value Added Tax (VAT) was brought in to tackle this problem but it had flaws of its own which prevented it from completely achieving its objective.

The complex taxation structure was a problem for many foreign companies. Many companies sought to produce their own spare parts as to preclude the probable taxes that could become payable. Essentially the prior model was very restrictive for effective growth of trade it created more problems than it solved.

With the advent of GST all the various state and central taxes were replaced. A uniform tax rate was introduced across the Union of India

As per this new regime, the Centre now collects the Central GST (CGST) and the States levies State GST (SGST) on the supply of goods within the state. The Integrated GST (IGST) is levied on interstate supply of goods and services within the state, though collected by the Centre this is distributed equally amongst the Centre and State. These taxes are levied according to the tax slab heads under which a good or a service falls. The same is decided by the GST Council.

The GST council is headed by Union Finance Minister acting as the Chairperson. Union Minster of State of Finance is a member from the Centre.  The states can nominate any Minster of their government as members to this council, it usually happens to be the Minster in charge of Finance.

This body takes all the key decisions with regards to amendments and changes in GST. Their constitutionally mandated role is to recommend to the Union and the States on various issues surrounding the GST like slab rates and goods falling within the same.

GST created a uniform taxation system, removing the indirect tax barriers put in place effectively dealing with the problem of the multiple taxes present in states. The destination-based taxation model envisioned under GST helped in dealing with the challenge of cascading taxes. This led to lowering of the end costs and consequent reduction in the tax burden.

The uniform and streamlined tax model is beneficial to the businesses as well. Less complexity surrounding investment decision making and other financial processes. Companies are now more willing to outsource the production of commodities/services enabling the creation of MSMEs generating further employment.

One of the best aspects of this particular Tax model is reliance on Digital services. Compliances are filed digitally now and the details are available to a host of investigative agencies thereby reducing the prevalence of tax evasion. And more compliance results in more financial resources available at the disposal of the State, allowing it to carry out its functions efficiently.

The well-intentioned reform is not without faults. Constant amount of changes that have been bought about since the rollout of GST have made compliance difficult. Many small businesses are not in a position to afford accountants to do such compliances, as they work in a very ad hoc manner. Even the big businesses are affected by the regular changes proposed. If compliance is the aim, then the entire procedure needs to be simplified otherwise the objective would never stand realised.

GST is the most massive change brought about in the Indian Tax system since Independence. The system is not without flaws, but they do not outweigh the positive aspects of the Act. In the long run this would indeed be successful in achieving its objectives.

Knowing ESOPs and how it can help in retaining talent 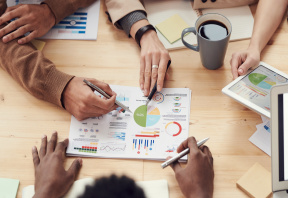 There are two types of Employee Stock Ownership Plan-:

The facility of owning some shares of the company is made available only to the senior executives.

Why do the Companies offer Employee Stock Ownership Plan?

The Employee Stock Ownership Plan has tax implications. It is very important to understand this before exercising the option. ESOPs are taxed at two different stages-:

While exercising – in the form of a perquisite

While selling – in the form of capital gain.

Benefits of Employee Stock Ownership Plan to the Employers

Challenges of having an Employee Stock Ownership Plan for the Employers

Disadvantages of Employee Stock Ownership Plan for the Employees

Many times under this scheme the employees invest a large part of their savings in one investment scheme, which is not advisable. Any person saving more than 10 percent of his/her salary is warned by the investors. Ideally, it is not logical to save a large amount of savings in the company’s stocks, as if at any point the company fairs poorly or runs into losses then a huge amount of savings of an employee will be lost.

An ESOP plan is one of the best ways for a startup to attract and retain talent. In order for the company to grant ESOPs to its employees, it needs to be registered as a Private Limited Company.