What Is A Non-Compete Clause In An Employment Contract? 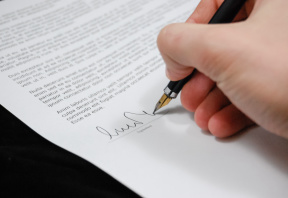 A non-compete clause is a provision in an employment contract whereby the employee agrees to the fact that he would not enter into any competition with the employer during the term of his employment or even after the employment period is over. Typically, a fixed period of time is agreed upon for restrictions that extend beyond the term of employment. Non-compete clauses are common in IT Departments, Media, Financial Industry, Corporate World.

The non-compete clause in an employment contract is governed by certain provisions of the Indian Contract Act, 1872. Section 27, of the Contracts Act, makes agreements that are in restraint of trade void.

For fixed-term employment contracts, the restriction can be enforced under specific conditions. If an employee has resigned before the expiry of the term, then the restriction can be enforced for the rest. Non-competes may also be enforced against senior-level employees under certain conditions. If there is suspicion that a senior- level employee possesses proprietary information about the company, such an employee may be prohibited from joining a competing company by enforcing a non-compete clause.

Thus, a non-compete clause in an employment contract is not completely unenforceable and may be enforced in some circumstances. However, it should be drafted carefully and properly.

In India, any clause which restricts an employee from practicing any professional activity through a contract or an agreement is considered void under the law. The topic of whether a non-compete clause is harsh and extreme and whether it includes consultant is a debatable topic that will continue. However, whether such a clause imposed on an employee is harsh or not depends upon the circumstances of the situation, and the final call can be taken by the courts. 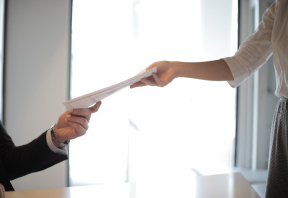 A fixed-term employment contract is a contract wherein a company or an organization hires a person for a specific period on a contractual basis. Generally, such a contract is of one year; however, it depends on the need and discretion of the company or organization. Under this contract, the payment is fixed prior and cannot be changed or altered before the expiry of the term.

What elements must be included in a Fixed-term Employment Contract?

A fixed-term employment contract should be drafted in such a way so as to avoid any liabilities after its expiration. There should be no words that convey that the contract will be automatically renewed or that a more permanent role would be given to the employee. It is advisable to engage a lawyer while drawing up such a contract.